The previous monsoon season we did hiking in Matheran trails & an easy trek to Lohagad Fort. We started planning for treks even before the rains had arrived. The first on the list was Sudhagad Fort. It is located at near Pali in Raigad district and the distance is 120 kms from Thane. One can also visit Lord Bhallaleshwar Ganpati Temple which 12 kms before Sudhagad fort.

Sudhagad is also known as Bhorapgad, situated at an altitude of 2030 ft above sea level. The fort is a replica of Raigad and was considered for the capital of Maratha Kingdom but lost to Raigad due to proximity to the sea. Chatrapati Shivaji Maharaj renamed the fort from Bhorapgad to Sudhagad. According to history, Sage ‘Bhrugu’ had stayed here and he had established the temple of Goddess ‘Bhorai Devi’ on this fort. 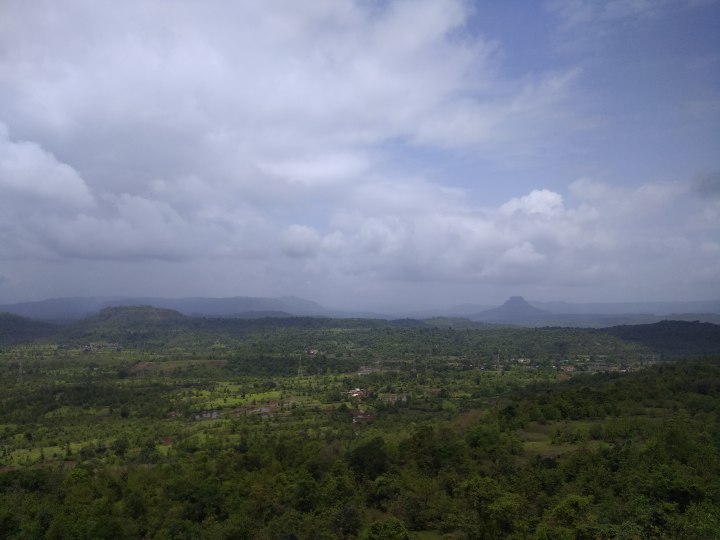 We left from Thane at around 7AM after picking up a couple of friends from the station. Our first stop was for breakfast on the Khopoli-Pali road. We found an Udupi restaurant on the way and stopped for some Hot Idlys & Dosas.

The weather was quite hot & humid which we really did not expect for the day. The Khopoli-Pali road is under widening project so it took quite sometime to cover the last stretch. We reached the base village of Thakurwadi / Pachapur at around 10:30 AM. We parked our vehicle in the village and started our trek immediately. The village was lush green as rice saplings were being planted by the village farmers.

We had to cross some rock patch on the way. Soon we reached the two ladders which have been installed to make the climb easy in difficult stretches. 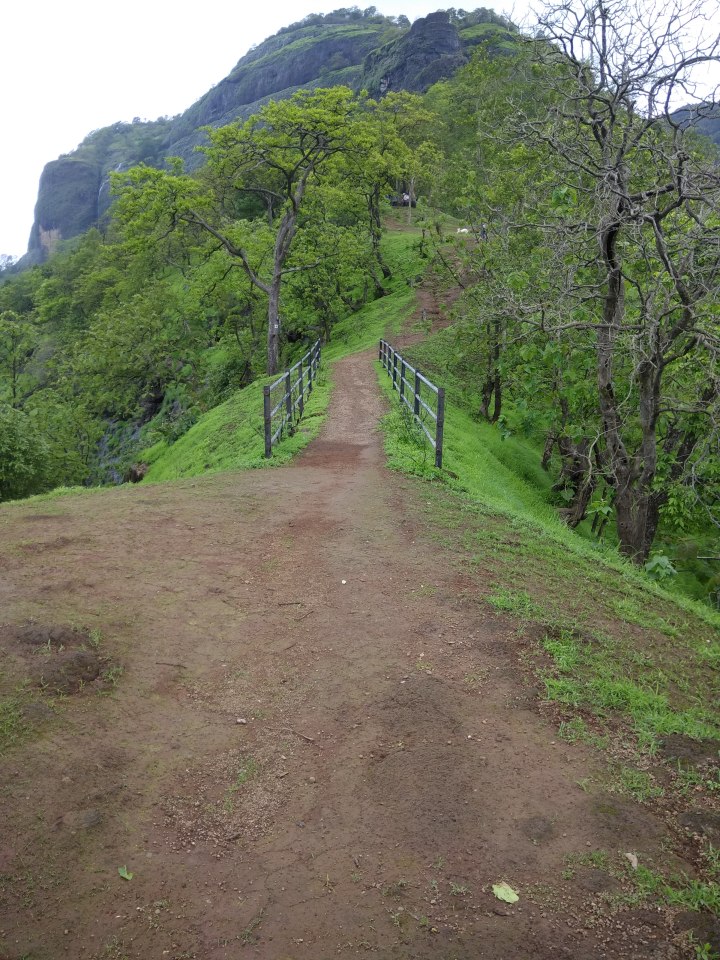 Then we came across a path of steep stairs and more difficult to climb parts of the trek. This is the Pachapur Darwaja guarded by 2 bastions. The weather really did not help and we carried just two bottles of water. There are no shops on the way or at the top. So it is advisable to carry enough water and snacks.

We finally reached the top of the fort after a 2 hour climb.

Places to visit at the fort:

Pant Sachiv Palace: In the regime of the Peshwas, the ‘Pantsachivas’ of Bhor became the custodians of this fort. After the annexation of princely states in 1950, the fort became patron less. As a result, the fort is in a state of ruins, even though it escaped the wrath of the British. This palace is in dilapidated condition now. You can get food cooked here by the local villagers.

Mr. Santosh (92733 69217) & family are very kind and cook very simple lunch for you and your group. You can call up beforehand and inform about your plan. You can also stay overnight at this wada.

Maha Darvaja/Dindi Darvaja: This is replica of the Maha Darvaja of Raigad. The construction and arrangement of this door is of the type called ‘Gomukhi’. This door is well protected since it is hidden in between two huge bastions.

Bhorai Devi Temple: This is the presiding deity on the fort.

We finally experienced what we wanted – Heavy rains and cool breeze near the Tak Mak Point.

We started our return journey after having a nice lunch at the wada. We reached the base village by 5 PM.

2. Order lunch from Mr. Santosh instead of carrying weight.

3. Start early for the trek to return on time before dark.